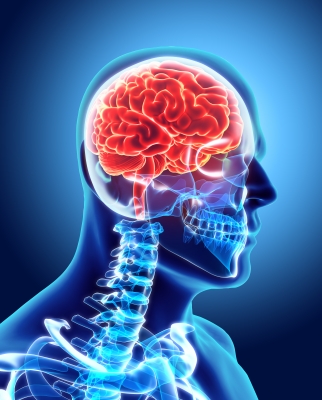 Image by yodiyim at FreeDigitalPhotos.net

How much do you know about that mysterious, grey blob that resides in your head?

1. The brain never stops changing … and it’s not all about decline

In the past, scientists believed that the brain stopped changing after childhood and that the only changes to the older brain were ones that showed the brain in decline. Scientists now know that, even in adulthood, the brain can change. In fact, the brain responds to activity and mental experience by making new neural connections as well as discarding old ones.

The brain’s ability to rewire itself is known as “neuroplasticity”. This means that when repeating an experience, such as learning an instrument, neurons (brain cells) become activated and form connections. The more these neurons fire together, the stronger the connection becomes. If neurons are not activated, the connection begins to unwire. So just like a muscle: if you don’t use it, you lose it.

While it may seem obvious in learning an instrument, neuroplasticity has far-reaching implications in many neurological conditions such as stroke and brain injury.

Using the principles of neuroplasticity, a person who has suffered a stroke for instance, can rewire their brain so that functions, which the damaged part of the brain was once responsible for, can be relearnt by the healthy parts of the brain.

The old model of pain described pain as a bottom-up phenomenon. What this means is that pain was experienced in the body where the injury occurred. Messages were then carried up the spinal cord to the brain which registered the pain in direct proportion to the amount of damage to the body.

Scientists now know that this is incorrect and that the perception of pain is fundamentally the role of the brain and central nervous system. In other words, the amount of pain you feel may not be directly related to the amount of damage in your body at all.

Philip Siddall, Director of the Pain Management Service at Greenwich Hospital, Hammondcare and Professor in Pain Medicine at Sydney University and author of The Pain Book, explains that small inhibiting nerves in the spinal cord act as a filter or “gate” to help regulate the information coming from the body. When they are switched on, they close the gate which then reduces the amount of information or pain. If they are switched off, the gate is allowed to remain open, thereby amplifying the pain. In chronic pain sufferers, the gate is open and pain may be severe even when there is little damage to the body.

“About 5-10 per cent of chronic pain comes from the site of the pain. The rest is from the opening of the gate in the central nervous system resulting in the amplification of pain,” explains Professor Siddall.

“Because the messages coming from the area of pain are only one part of the problem, we need to move away from only treating the periphery and address the issues in the central nervous system. This means that when treating a person with chronic pain, simply trying to fix the part of the body that hurts won’t be the answer.” he says.

However, Professor Siddall stresses this does not meant the pain is all in your head.

“In chronic pain, there is always a trigger but it is how you think and feel that will determine the level of pain experienced.”

Professor Siddall explains that, due to the brain’s plasticity, there is hope for sufferers of chronic pain.

“We can learn to close the gate through meditation, relaxation and exercise.

“These are powerful ways to tap into the way we think and feel which then taps into the physiological pathways that can close the gate,” he explains.

3. Your brain can be affected by your immune system

New research now shows that the immune system can actually alter the brain. In fact, studies have shown that brain-specific illnesses such as depression may be the result of an immune system in attack mode.

Professor Carmine Pariante, Professor of Biological Psychiatry at Kings College, London has researched the links between inflammation and mood and anxiety disorders, including depression, for 25 years.

“Depression is not just a brain, nor indeed just a mind disorder. It is a body disorder,” he says.

He explains that one of the major responses of the immune system under conditions of stress is increased inflammation. His research shows that inflammatory chemicals can enter the brain and cause changes resulting in depression.

“Time and time again, studies have shown that it is inflammation that precedes the onset of depression,” he explains.

However, Professor Pariante stresses that treating depression with anti-inflammatories will not work with all patients.

“We can treat the depression by treating the inflammation but only in subjects who have inflammation, not in all depressed patients,” he explains.

This does not mean you should be reaching for the anti-inflammatories in your medicine cabinet. Professor Pariante explains that combining an antidepressant with an anti-inflammatory may bring on severe adverse effects in predisposed individuals.

“We still do not know what is the best anti-inflammatory to use for the treatment of depression. But it is only a matter of time,” he says.

The good news from all the research is that the brain is not static. We can make changes to the brain and, by doing so, we can improve our lives. It’s not an easy process but it is possible.